Three ambassadors, three trips, and a touch of pink.

The Dometic Follow the Sun campaign is a competition that sends three lucky couples or families on a three-month expenses paid road trip to promote the recreational vehicle industry and mobile living lifestyle.

The Dometic Follow the Sun campaign is a competition that sends three lucky couples or families on a three-month expenses paid road trip to promote the recreational vehicle industry and mobile living lifestyle.

In 2016, Dometic Follow the Sun partnered with the National Breast Cancer Foundation (NBCF) to raise $100,000 towards life changing breast cancer research, changing the lives of countless Australians who are battling with the disease.

Historically the competition has been available to RV owners who as part of the prize received a $25,000 fitout of Dometic products to their RV. Whilst two of the three Ambassador Teams received the prize this year, the third team was able to fulfil their dreams, despite not owning an RV and travel in the Pink Minnie Caravan and towing vehicle, provided by NBCF.

Additionally two Runner’s up teams were given the opportunity to join the Ambassadors for parts of the trip in a promotional motorhome provided by Dometic.

Three Ambassadors teams and two Runners up teams cruised for a cause on the trip of a lifetime, travelling more than 20,000 kilometres combined, hosting 75 Happy Hours at caravan parks in towns and cities across Australia, meeting thousands of fellow travellers and exploring local attractions.

Fundraising activities were undertaken by the Ambassadors who blogged about their adventures on social media engaging with local communities and national audiences.

Starting the trip at a joint Kick-off Party in Cairns, QLD in August, 2016 the Ambasssador teams travelled on separate journeys taking in a variety of the Australian coastline, outback, wine regions, cities and snowy mountain landscapes, before they were joined again at the Grand Finale in Nagambie Lakes, VIC in October, 3 months later. 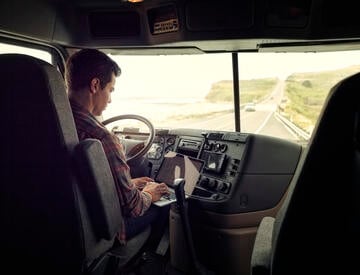 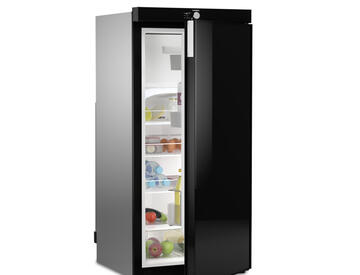 25/02/2020
Dometic introduces its most compact RV fridge series yet
Designed to be easily fitted into any recreational vehicle with its new slim footprint and so many amazing features, the new Dometic RU5 series ticks ... 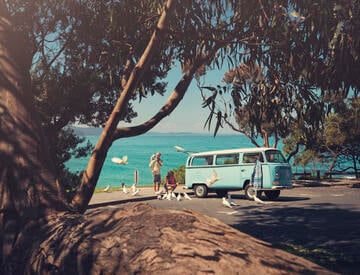 31/01/2020
My Road To Adventure
Dometic are proud partners of the new TV Show My Road to Adventure that follows on from the 2019 show Mobile Living with Patrick Dangerfield. Produced...